We will build a roughly 14-km-long stretch of double tracks between Hallsberg and Stenkumla.

We are building double tracks between Hallsberg and Stenkumla, a distance of 14 kilometers. The construction will include a tunnel of 2,4 kilometers and 14 bridges of various kinds.

Construction is scheduled to start in 2023.

Read more about Double tracks between Hallsberg and Degerön, including  maps and schedule.

You can see the animated movie below with English subtitles. Click on the cogwheel, then choose Undertexter - Engelska (Storbritannien). 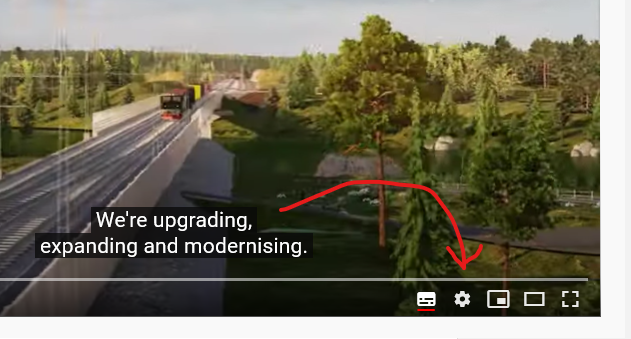 What: Part of the expansion of the freight line through Bergslagen.

Why: To increase opportunities for environmentally friendly transport by increasing capacity on the route.

Current situation: Construction is planned to start in 2023.

The map is based on the content of the railway plan.

Construction is planned to start 2023. EU is co-financing the project with a sum of 8 964 000 euro. The Swedish Transport Administration has coordinated the application process in Sweden, and it is the government that decides which projects to recieve co-financing from the CEF. Only projects that are fully financed in the National Transportation System Plan can apply and get co-financing.

The co-financing contributes to the goals to increase capacity and thereby eliminate bottlenecks and increase accessibility along the route as well as in the The Scandinavian–Mediterranean Corridor.

Previously, the Stenkumla–Dunsjö section of Double tracks Hallsberg–Degerön has also received co-financing from the CEF.

CEF is the EU support system for contributing to the implementation of the TEN-T (Trans-European Transport Network) guidelines.